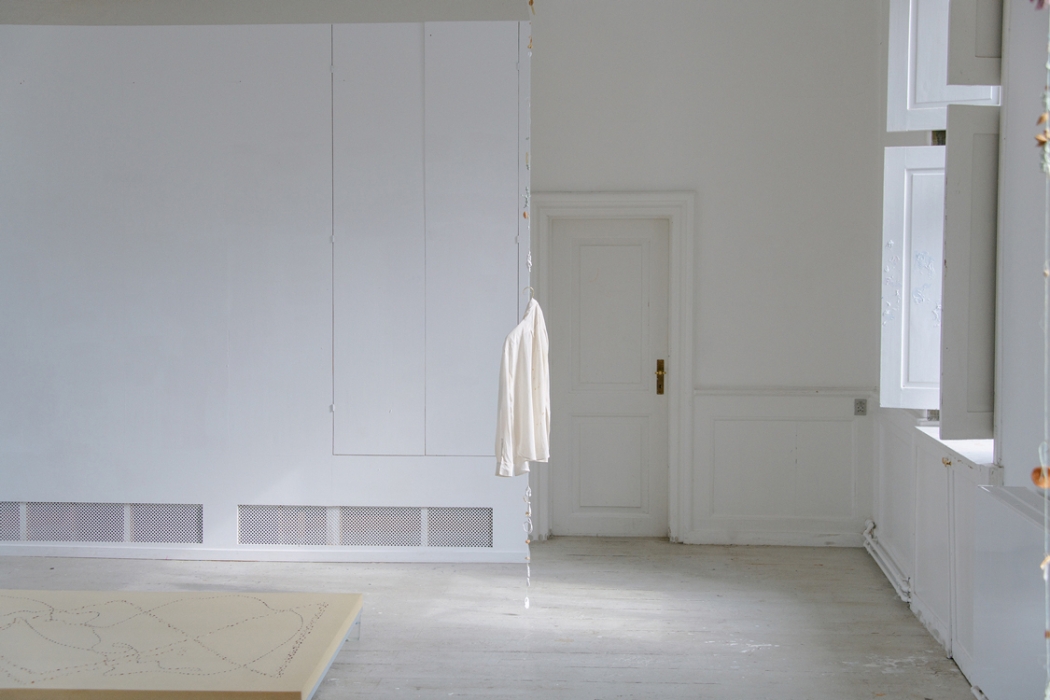 The Gatherer, The Dumpsterdiver, The Raver, The Hunter, The Alien and The Witch, Chart Emerging group exhibition curated by Helga Just Christoffersen, at CHART, Kunsthal Charlottenborg, Copenhagen, Danmark. 30.08-01.09.2019

The Gatherer, The Dumpsterdiver, The Raver, The Hunter, The Alien and The Witch presents a group of artists living in Scandinavia whose work is shaped by the development of alternative versions of the self, expressed as taking on characters, real or imagined.

The exhibition takes its title from a new work by Oslo-based duo Tokyo Twins in which six characters that embody the artists’ vision for a new, non-capitalist and consumer-free society occupy the space as a live performance. Along with works by Océane Bruel, Maria Meinild, Joel Slotte and Agatha Wara, Emerging 2019 points to ways in which a younger generation of artists is developing practices that depart from everyday experiences, embracing fiction and the creation of non-human characters or alter-egos as means of facing reality. Though they use different mediums, these artists share a common interest in exploring material tactility, developing works that bind near, personal, and almost embarrassingly earnest experiences with stereotypical, idealized, and futuristic versions of reality in ways that propose just how often radical action starts with the self.